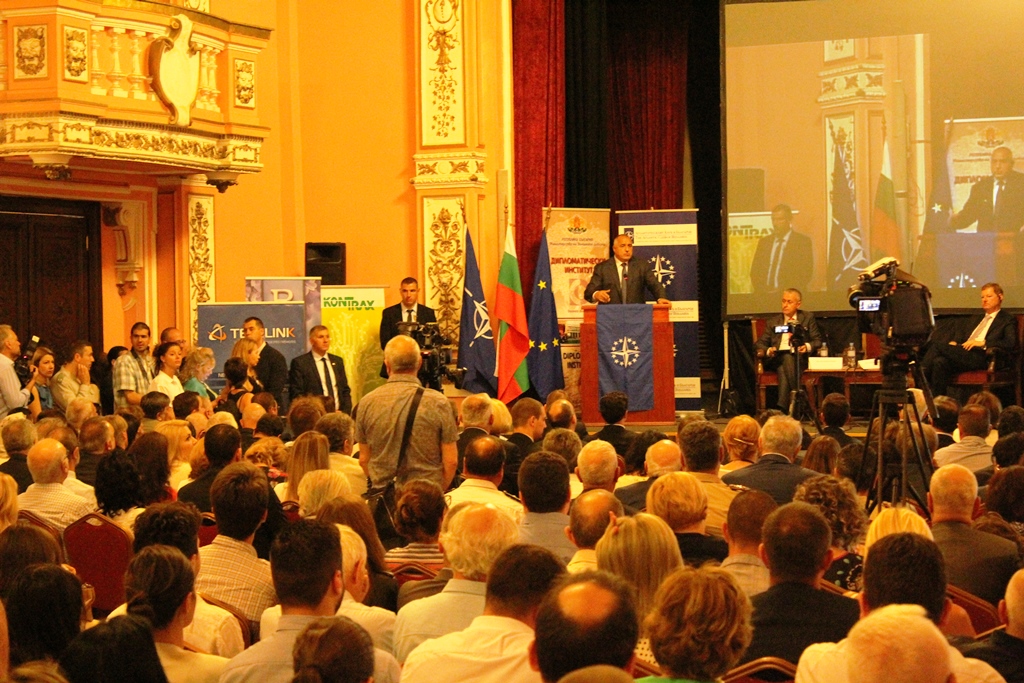 On July 7th 2017 under the aegis of the Atlantic club a lecture and discussion were held with the Prime Minister of Bulgaria, Boiko Borisov, and the Ambassador of the USA in Bulgaria, H.E. Erik Rubin on the aspects regarding the transatlantic connection through the Bulgaria EU Presidency. Moderator of the joint event was Dr. Solomon Passy – President of the Atlantic Club in Bulgaria. Event’s sponsor was KONTRAX – Bulgarian commercial representative of General Dynamics European Land Systems. GDELS designs, manufactures, and provides land combat systems of world leading class, including wheeled and tracked vehicles, amphibian machines, bridge systems, guns, and ammunitions for clients all over the world.

The Prime Minister Boiko Borisov said that the three types of armies need to arm, rearm in parallel, and further explained his idea that they look for an option to ensure security, and the defence of the EU to be considered altogether. According to his words Bulgaria, as an external border, needs “armored troop carriers, aviation, and navy”, while the countries inside the Union – different weapons.

“The decision for modernization requires difficult political decisions. Bulgaria makes those decisions and that will result in one more stable and safe country”, said the US Ambassador Eric Rubin. He stated that the Alliance will be ready to support all the attempts for modernization of the Bulgarian armed forces. Rubin noted that though the final decision shall be made by the authorities in Sofia, important are also the experience in real air battles and the number of take-offs and missions, and the interoperability of machines needs to be ensured both for “the aircraft of the United States and the other NATO allies, and for the allies that are our neighbours in the region”. 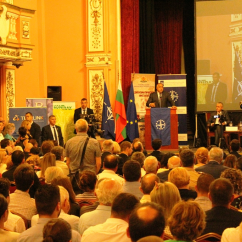