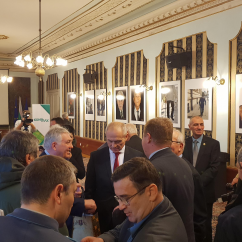 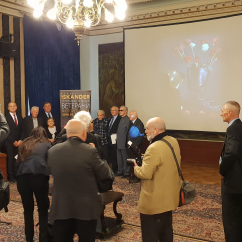 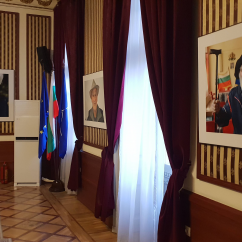 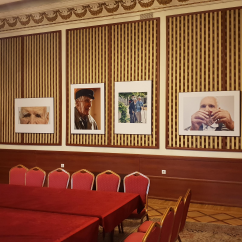 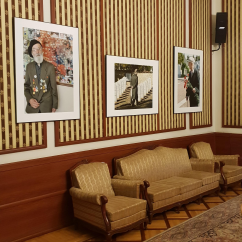 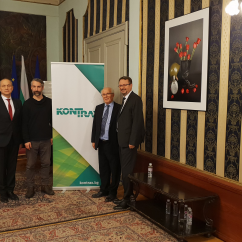 A Photography Exhibition in memory and honor of Veterans was organized at the Military Club in Sofia by the Bulgarian National Self-Government of Kecskemet (Hungary) with the support of the Ministry of Defence of the Republic of Bulgaria and the Union of the Veterans of the Wars of Bulgaria.

KONTRAX is one of the Bulgarian companies that provided financial suppor to implement the project on the occasion of the 75th Anniversary of the end of World War II. The Exhibition was a result of tireless and dedicated work by a dignitary Bulgarian man, Dr. Yordan Bochkov, heir of a Bulgarian gardener in the Hungarian lands. The artistic concept was formed by the photographer of Syrian origin, Bahgat Iskander, who has long lived in Hungary but has a biased attitude to Bulgarian history and culture. This large-scale Photographic Exhibition, besides documentary, was also very emotional, awakes in the viewer the memory and history of our national identity. The artist Iskander seeks messages, displays their psychology, but also their daily thrills, joys and pains, their past, as well as their future through monumental photos. The Exhibition will continue until 15 February at the Military Club.

About the photographer: Bahgat Iskander was born in El-Barazin, Syria, and he has been living in Kecskemet, Hungary since 1967. By profession he is an engineer, by vocation – a photographer. The black & white photography is characteristic of his art works with social themes, portraits, desert landscapes, and motherhood. Iskander is interested in man's philosophy, being sensitive to human destiny and committed to eternal human values. His photography is not only an art of the moment, but also an art of thinking. He became a ‘bridge’ between cultures perpetuating joy, laughter, sadness, tears, curiosity, receptivity to the good, and the connections between people. 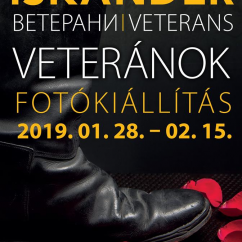