The entire server environment of Toplofikacia Sofia was based on Windows Server 2003 that, once it was no longer supported, became not only obsolete but inadvisable. Although still stable because of the good administration of the IT department of the company, it had to be taken out of use so that it did not pose a threat to the security due to the lack of updates and difficulties with compatibility of solutions and improvements in the system of the whole company implemented thereafter.

KONTRAX did an overall migration of the Active Directory of Toplofikacia Sofia from Windows server 2003 to Windows Server 2012R2. Migration was also done for the Certificate Services and Internet Information Services (IIS) servers that hosted web-based applications providing information to customers of the company for the amounts due. SQL Servers, which were a mix of 2005 and 2008, were migrated to 2012 at the request of the client. In addition, KONTRAX built a new Remote Desktop Services service to replace the obsolete Terminal Services. Along with that, migration of Distributed File System, File Services, Windows Server Update Services and RADIUS was completed. All services were migrated to new virtual machines without any delay or interruption of the workflow of users. The old machines were successfully decommissioned to allow their resources to be used for other purposes. 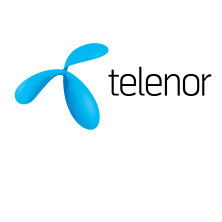